The Most Precious Book Club EVER!

I would like to share something about a few special Ney Knights. This spring during one of my conference periods, I was visited by three special fourth graders, Emily, Alyssa, and Peyton. They had a proposal for me. It was a very well thought out proposal, I might add. They sweetly presented their idea to me. They wanted to start a book club for fourth graders and they wanted me to "sponsor" them. My job as the sponsor was only to provide the space for their meetings as well as the adult supervision. They laid out their organized plan for me. They were going to meet for about thirty minutes every other week during their recess time. They also checked and found out that this was my conference period, so I would not have any scheduled classes. They had a list of rules that book club members would be asked to follow (the most important of which was to KEEP UP WITH THE REQUIRED READING) and they had a three strikes and you are out policy. They had spoken to the counselor and had permission to tackle this project pending my agreement to help them. 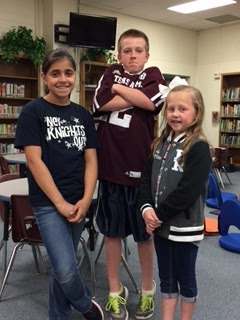 Of course I agreed! What self-respecting librarian wouldn't agree (and melt) to this idea? They asked for my suggestions on books to read. We pulled a few titles that were appropriate for their age and which I had multiple copies of. They decided to pick the book at the first meeting, so that all members could vote on their choice. All three of them were very concerned about having enough books each time we started a new one. I promised them that if the library did not have enough copies, I would see to it that I got the copies for them. They were so very thoughtful in that they always tried to choose between books I already had copies of. They were all so worried that I might have to spend my own money to purchase the books we needed. I thought this was so very sweet! I assured them that the library would purchase the books we needed. I would not have to use my own money.
On the day of their first meeting, the three leaders came into the library early to set up. They neatly displayed all book choices that the members would be voting on. They discussed their agenda for the meeting and which of them would be covering each item. They reviewed the rules and discussed how they would present them to the other members. Then, they set up the space with chairs and laid out their sign-in sheet. 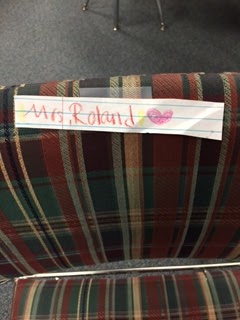 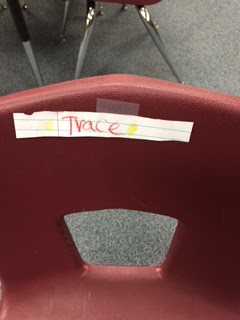 Before long, the members started to show up. Each of these sweet kids were giving up their recess time to be a part of this book club. My heart just melted. The leaders introduced themselves, and proceeded with the agenda. Thankfully they agreed that I could be a part of their book club. I made it clear that I wanted to join, but as a member. I was not going to interfere with the leadership. We voted on the book that we would all like to read. The Tale of Despereaux one by a landslide! The leaders informed the others of the next scheduled meeting and told them how far they should read by the next meeting. Everyone left with a book in their hand and a smile on their face! I spoke to Emily and let her know that she could most likely google good discussion questions to use at the next meeting, if she would like to do that. She seemed interested, but I definitely did not want to push her. I purposely wanted this to be THEIR book club, not mine. 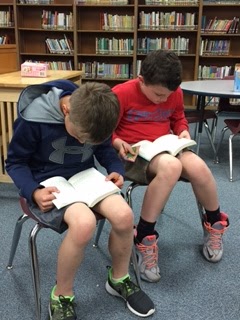 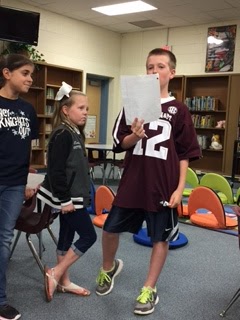 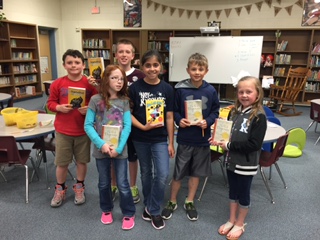 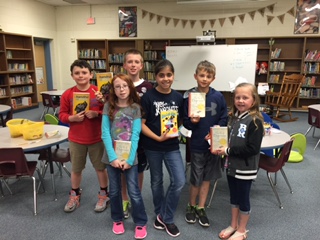 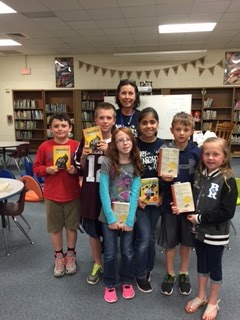 The remainder of the school year this little group met faithfully every two week until the craziness of mid-May came along. As they finished one book, they would vote on the next and start it immediately. They came prepared with googled discussion questions and led meaningful, spirited discussions each meeting. I was so incredibly impressed with their faithfulness, preparedness, and leadership qualities! Over time, some members dropped out if they could not commit to the required reading. Interestingly, each child policed themselves with this rule. The leaders never had to utilize the "three strikes and you are out" rule. If a child was not keeping up, they voluntarily turned in their book and quietly stepped out of the book club. I am pretty sure they did not want to disappoint their leaders. I am still in awe of this precious little group of kids. I feel blessed to have been included in their book club and even more blessed to be their sponsor. This opportunity provided me first hand insight into what can happen when you allow students to take control of their learning and their learning environment. I am so sad that they are leaving me this year, but so hopeful that they will carry on their legacy of leadership. I can't wait to see what these future "bosses" will become and what they will do with their lives. All three are destined to do great things! Mrs. Roland loves all three of you sweeties! If you have a book club at Rasco, I want to be in it, too!!
Posted by Brandye Roland at 2:13 PM